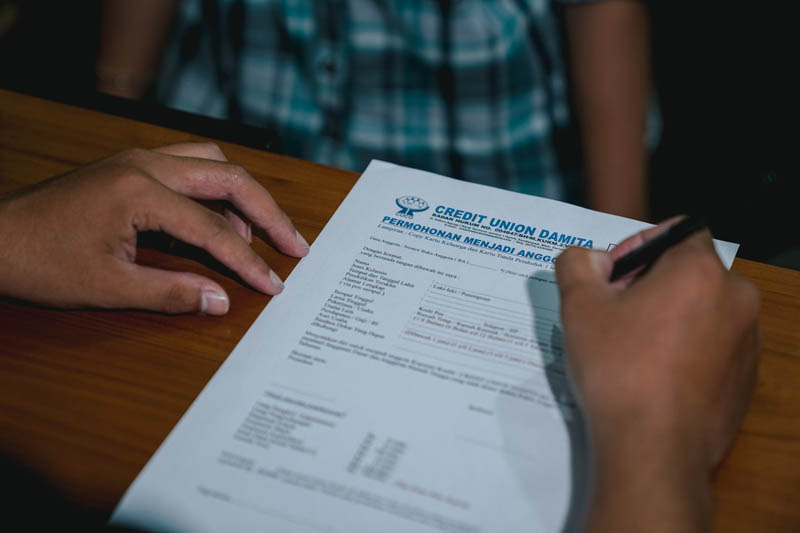 With the global trend and commitment in transitioning to clean energy, the Government of Indonesia has started to prioritize it. Although with some challenges, the access to microfinance is needed more than ever to provide financing support for communities across the Indonesia archipelago.

Rumah Energi Foundation (YRE) is an Indonesia—based organization which supports the establishment of market-based Renewable Energy Sector in Indonesia through its flagship Indonesia Domestic Biogas Programme (IDBP) or known as BIRU (Biogas Rumah Tangga). It aims to disseminate domestic bio-digesters as a local, sustainable energy source through the development of a market-oriented biogas sector in selected Indonesian Provinces. Until now, IDBP has supported 24,424 farmers in gaining access to domestic biogas technology with various financing schemes in 13 provinces.

The credit access will enable the beneficiaries (biogas users), as well as biogas sector business entities to access biogas loan, both in Business to Business (B to B) and Business to Consumer (B to C) concepts. YRE and Hivos have been establishing strategic partnerships with Financing Institutions, such as Rabo(bank) Foundation, Bank Syariah Mandiri, KIVA and INKOPDIT (Credit Union Central of Indonesia/CUCO) within last 10 years. A total of 9,098 farmers HHs or 37% of total digester construction have obtained access to biogas credit schemes in 6 (six) provinces. Also, IDBP has disbursed bio-slurry utilization credit scheme to 2 (two) farmer HHs through a partnership with Credit Union in Lampung Province.

YRE has also established a biogas credit disbursement system through partner institutions (e.g. Cooperatives, Banks, Peer to Peer Lending, etc.) that have a partnership or being part of a network of Credit Providers Institutions. Another financing model that YRE has been implementing is through a partnership with selected BIRU Construction Partners or CPOs (mason groups) to channel biogas loan funds disbursement to biogas end users. During the process, the selected CPOs were acted as savings and loan institution in selected IDBP work areas. Furthermore, the IDBP CPOs would gain benefits from bio-digesters construction and the establishment of biogas residue (bio-slurry) related businesses.

Since 2010, PT. Nestle Indonesia had allocated some of CSR funds to support access domestic biogas technology as revolving funds. Nestle Indonesia through their CSR program in East Java province has fostered 30,000 farmers through their cooperative partners. The funds are being channelled to selected Dairy Cooperative partners, such as SAE Pujon Cooperative (has more than 7,900 dairy farmer members), Agro Niaga Jabung Sharia Cooperative/KANJS (has more than 1,600 dairy farmer members) and other Nestle’s cooperative supplier partners. Thus, the Dairy Cooperatives will disburse the funds in the form of Zero Percent/No Interest Loans product to their dairy farmer members. The Nestle biogas loan repayment tenor is 36 months per borrower. The loan repayment method will be deducted directly through daily milk deposit. The cooperative partners are allowed to utilize the funds to gain profit from loan turnover. A total of 6,207 dairy farmer members had access to obtain bio-digesters with total loans channelled of IDR 28,103,163,000 since the partnership with PT. Nestle Indonesia started in 2010. Moreover, some of Dairy Cooperatives act as IDBP Construction Partners, as well. This effort aims to ensure the quality of bio-digesters as well as gaining additional benefits for those cooperatives. 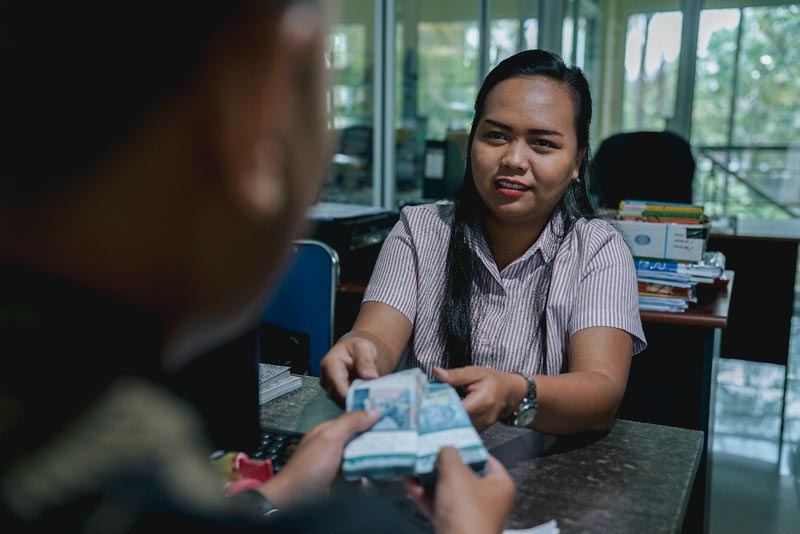 Peer to peer lending system or crowdfunding financing would also potential to be used to channel biogas credit product. During 2014 to 2017, YRE has the opportunity to create biogas crowd-funding loan scheme via a partnership with KIVA Foundation. KIVA is a US-based foundation that worked on disbursing green loans with peer to peer lending system. YRE was given USD 50,000 (around IDR 725,000,000) as KIVA credit limit submission. YRE used KIVA Green Loan scheme as No-Interest Biogas Loans to support non-Cooperative members as the target market. KIVA Green Loans were disbursed through selected CPOs and were acted as a savings and loan institution, as well as have a responsibility to construct bio-digesters for KIVA joint-responsibility borrower groups. In 3 years of this partnership, YRE has channelled KIVA Green Loans to a total of 192 farmers in 28 joint-responsibility groups to obtain bio-digester constructions in Central Java, Jogjakarta, Lampung, West Nusa Tenggara (NTB) and South Sulawesi provinces. The total amount of KIVA Green Loans disbursed was IDR 971,487,000 in 2014 to 2017 period.

In 2015, YRE has started a partnership with Indonesia Credit Union Movement Network/GKKI. The partnership kick-started by an MoU between YRE and INKOPDIT/Credit Union Central of Indonesia to support 1,500 Credit Union members to construct biodigesters and create a bio-slurry related business to CU members in IDBP work areas. INKOPDIT through PUSKOPDIT (CU Provincial Coordination Office) and Primary Credit Unions are committed to looking for potential farmers among its member who wants to build biodigester. The Credit Union will implement its funds in the form of productive credit facility. The CU farmer members use saving cut method for biogas/bio-slurry loan repayment. In the starting phase, the partnership has been implemented di Lampung and Jogjakarta provinces. Within this partnership YRE also had opportunities to emphasize IDBP work areas through market penetration of CU members network outside the IDBP areas, such as Flores Island (NTT province) and Central Borneo province. Preliminary scheme between INKOPDIT and IDBP is to pilot a full biogas loan scheme without the provision of investment incentive in selected areas in Flores and Timor. IDBP contribution to the pilot scheme is for the provision of construction training to masons under the CU in the areas and monitoring on quality of work. As such, CUs will have to devise a comprehensive productive loan package for biogas for the member.

In the last 3 (three) years, YRE found out the decreasing numbers of bio-digester demand through credit access. There were several issues faced in biogas loan repayment with the Dairy Cooperatives network (collaboration with Nestle and RBF) due to management and low saving behaviour issues. Even though repayments method with daily milk deposits was considered to be a safer method than a cash basis. However, IDBP also has some good examples of a smooth biogas loan repayment with savings and loan cooperatives. This is owed by most saving and loans cooperatives (Credit Unions and Sharia-based Cooperatives) conduct the basic training program continuously to its members.

In particular, lack of financial literacy skill/low saving behaviour and over-credit burden among the farmers are some of the main challenges that have to be addressed to maintain the biogas market demand. It would be connected on Farmer Households management and behaviour in daily basis activities. YRE has made an effort to focus on education and promotion factors to improve managerial skills, saving habit and financial literacy of the farmers. For example, YRE has involved CU participation to keep providing family financial capacity building on the prospective biogas user members to reduce the risk of Non-Performing Loans (NPL). YRE had also invited the other related institutions to support the solution for this problem.

On the contrary, YRE had found out the in need of capacity building in management among several of the MFIs which contributed to several Non-Performing Loans (NPL) in the biogas credit schemes. YRE had collaborated with Rabo(bank) Foundation to seek cooperation in developing Knowledge Management tools that can be implemented to increase the management, accounting and administration skills for RBF partners and other prospective MFIs. YRE had also involved Credit Union network participation to increase the capacity building efforts among their networks. All these efforts are expected to increase the strength of IDBP LPO to provide access to biogas credit financing.

In a broader scale, IDBP found out there was lack of awareness campaign and policy support from the Government of Indonesia (GoI) in providing incentives, such as tax deductions, interest subsidy, revolving funds, etc. to the FIs to kick start biogas market development and reduce the perceived risks. The lack of support leads the MFIs or commercial banks to become highly selective to channel more loans for the construction of bio-digesters. Despite the challenge and perceived risks, we see that the financial institutions are still showing an appetite for biogas financing scheme in their portfolio. IDBP and YRE would continuously advocate GoI in providing incentives, facilities and awareness to the financial institutions’ involvement in the biogas sector and other renewable energy technologies in general. All of those efforts are expected to increase the demand for biogas loan in 2019 onwards and to speed up the deployment of renewable energy in general.

YRE experience proves that micro-financing access should be the backbone of the Renewable Energy sector, in particular, biogas market development in Indonesia. More opportunities for access to credit financing will increase demand and supply capacity. In the relation of SDGs target, the massive development of the biogas market would support the achievement of SDG-1, 2, 5, 6, 7, 10, 12, 13 achievements.