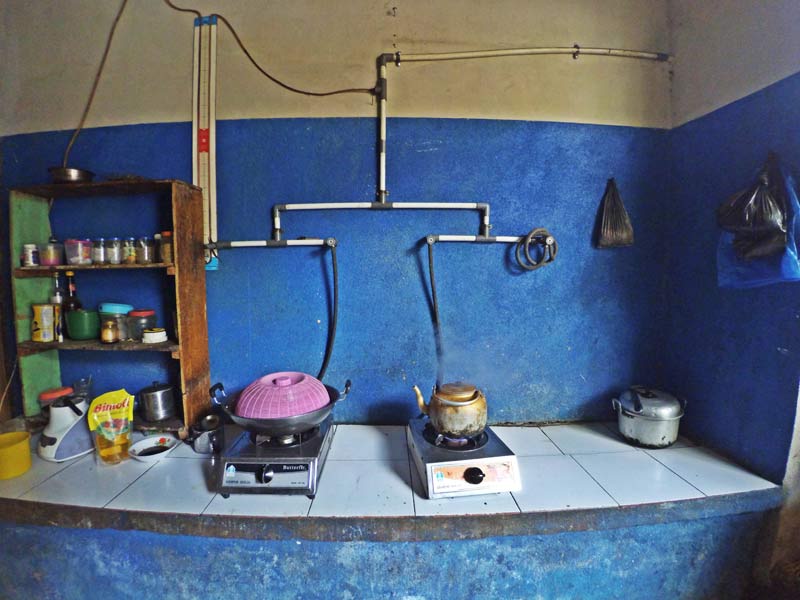 The source of new and renewable energy is an alternative to the source of ecologically friendly energy.  As described in the publication of the Ministry of Energy and Mineral Resources in 2016, New and Renewable Energy do not pollute the environment as they do not contribute to climate changes and global warming as the energy generated is acquired through sustainable natural process such as sunlight, wind, water, biofuel (generated through processing of organic matters), and geothermal.

The attention toward the efforts of exploring new and renewable source of energy is vital due to the looming threat of energy crisis at the national level during the recent years.  For example, according to Ekonomi Neraca Daily (2015), the energy crisis in Indonesia is primarily triggered by the poor management of crude oil processing throughout the years.  Furthermore, it was mentioned that the true reserve of Indonesian crude oil was approximately 3.7 billion barrels.  With the average domestic oil production of 800,000 barrels per day, unless it is complemented by serious effort to discover new oil reserves, Indonesia’s proven oil reserve will only last for another 11 years.  Based on such assumptions, the government responses have included the threat of crisis energy as the vital part of fulfilling the future demand of energy.

Additionally, taking into account the global context, the attention to global energy crisis is demonstrated through Sustainable Development Goals (SDGs).  The Government of Indonesia’s support and commitment toward the implementation of global agenda is reflected through the compilation of the Presidential Regulation No. 59 of 2017 on the Implementation of Efforts to Attain the Sustainable Development Goals.

As an embodiment of global commitment to attain by 2030; one of the SDGs is closely related to efficient energy described in Goal 7 namely ensuring accessibility to affordable, reliable, sustainaable, and modern source of energy for all.  There have been numerous efforts by the Government of Indonesia to deal with the issues of demand for energy.  However, the enhancement of renewable energy mix is progressing slowly (WWF, 2017).  It is projected that by the end of 2017, the mix of renewable energy will achieve 7 percent out of a total target of 11 percent – whereas the Government has established a target of 23% for a mix of renewable energy by 2025 (the Directorate General of New and Renewable Energy and Energy Conservation), 2016).

In response to such conditions, accelerating the attainment of the target for mix new and renewable energy – as a solution to essential issues of energy crisis – in addition to supporting the attainment of SDGs in the sector of efficient energy, various efforts have to be formulated systematically through multi-stakeholder involvement.

One of highly relevant models with the context of such situation is through the implementation of Sustainable Energy for All (SE4ALL) initiative, established by the United Nations in 2011.  Such initiatives involve active roles of non-government organisation (NGO) or civil society organisation (CSO) as one of the key actors in addition to the governmet and private sector with regard to acess expansion toward the source of energy within the community.

Among various civil society organisation developing new and renewable energy sector, one of the significant contribution of Yayasan Ruman Energi specifically engaged in promoting biogas sector as the source of ecologically friendly alternative energy which is easily utilised by the society.

The roles of non-profit organisations engaging in environmental sector such as Yayasan Rumah Energi, include promoting the transformation of environmental quality on small-scale/local level thus encouraging the government to launch the policies of improving the society’s standard of living and their environmental quality more extensively (Handy, 2001).

The construction of BIRU reactors have primarily been turning biogas into the source of energy for cooking activities and lighting purposes, supporting integrated organic farming, and creating additional stream of income for the programme beneficiaries.  The contribution of Yayasan Rumah Energi in developing alternative sources of new and renewable energy is also in line with the objectives of SDGs namely provide access to affordable, reliable, sustainable, and modern source of energy for all.

Additionally, the advantages of BIRU programme by Yayasan Rumah Energi include the benefits which are directly enjoyed by the basic needs of the society in areas prone to energy crisis thus enable to compensate the disparity of energy distribution between one areas and another.

Finally, programmes intended to empower the potentials of New and Renewable Energy in areas prone to energy crisis are vital.  It is expected that innovation and movement directly affect the energy demand of the community become one of the efforts which are very useful in conjuction with energy security at the existing level of the community or locales which eventually support the development goals and energy mix by the government (bottom-up approach).

The initiative of New and Renewable Energy development at the grassroot level through movements or NGO/CSO programmes will at least lessen the government’s burden to meet the community’s demand for energy throughout various regions in Indonesia.  Transformation of energy utilisation patterns with the community to new and renewable energy will also create additional benefits such as change of community lifestyle, promoting the attainment of inclusive human development target, as well as creating the conditions of community social welfare.  (Supriadi)

Directorate General of New and Renewable Energy and Energy Conservation (15 November 2016): New and renewable energy has once again to be subsidised.  http://ebtke.esdm.go.id/post/2016/11/15/1433/den.2017.energi.baru.terbarukan.harus.kembali.disubsidi (accessed on November 6, 2017).

IESR (2015).  Meeting of Indonesian NGO/CSO to Promote the Implementation of Sustainable Energy for All (SE4ALL).  Workshop report on August 9, 2015 at Bumbu Desa Cikini, Jakarta.

WWF (2017).  Implementation of Inclusive Sustainable Development Goals in conjunction with the Attainment of Energy Security in Indonesia.  Interactive Discussion on the Terms of Reference Organised on Wednesday, November 1, 2017 at Four Points Hotel, Gondangdia, Menteng, Jakarta.