An Altruistic Approach to Internships 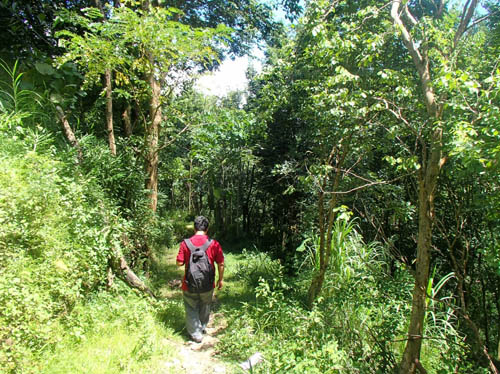 I first came to know about BIRU at a Non-Governmental Organisation (NGO) exposition at Gadjah Mada University in Yogyakarta, Indonesia. I had only arrived in Yogyakarta a week earlier, and was excited at the 5 month development-orientated study program that I had ahead of me as part of ACICIS (The Australian Consortium for In-Country Indonesian Studies). The main component of the program was to undertake a two month internship at a local development organisation, and I was keen to find one with a focus on sustainability or renewable energy. I began chatting to the two staff manning the Biogas Rumah (BIRU) stand there, both foreigners who were also interns. Seeing my interest, they invited me to talk to the Provincial Coordinator and head honcho of BIRU’s office in Central Java & Yogyakarta, Pak Willem. After deciding that I wanted to do my internship there, strategies for proving my worth started racing through my head. What are my strengths? What can I offer? What can they get out of me? What will my presence achieve for them? When I asked Pak Willem what he would want from me, he looked surprised. “To learn about biogas, of course” was the response. Would BIRU be willing to take me on? Sure!

Weeks later, when I had arrived and settled into the office on my first day, we had a chat about the direction that my internship there was going to take. “I have a problem with the way many organisations use interns” Pak Willem said. “They just use them as free labour.” I had heard about this problem often from my peers at university. They shared all too common stories of people, excited at landing an internship in the area of their interest, being stuck in the office making photocopies, running errands and twiddling their thumbs. Hardly the motivating first steps on their career path that they had been hoping for. “I believe that interns are here to learn, not work,” he said. “So instead of allocating you work to fill each day, all I want you to do is observe as much as possible, learn as much as possible, and take that knowledge away with you.” 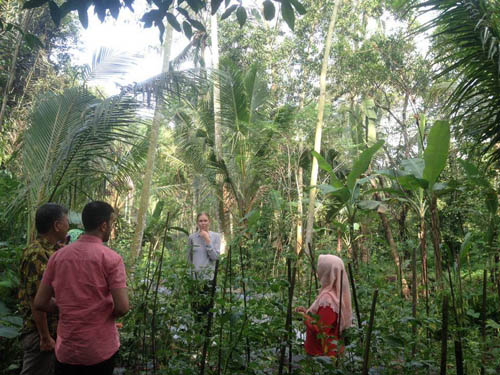 But what do they get out of this? “This is for the environment, it is not for BIRU.” However, in a global sense it is also working towards BIRU’s main goal, which Pak Willem says is “the protection of the environment”. Going to such lengths to educate interns does not directly benefit BIRU, and they ask of nothing in return (except for a couple of short articles, about anything biogas related, to put on the website). But the philosophy is that it helps BIRU achieve its overall mission by promoting environmental conservation and renewable outside of their immediate area of work. It is interesting that BIRU has decided to build this strategy into their operations, using interns not as labour resources but as people who can spread the organisation’s, as well as the global renewable energy movement’s, ideas and values. Why not? It costs resources, but the interns can then go off into the world with all that they have learnt and use it to promote biogas.

This altruistic approach to taking on interns is unfamiliar to me. My perception of internships is that generally people undertaking them aren’t needed and are often seen as excess baggage. Usually, you first have to persuade an organisation to accept you (unless they have an existing internship program) and then be happy when assigned medial jobs. Maybe, just maybe, you’ll find and area where you can be useful and end up on the pay roll. It seems that for the most part, I am correct. Many other students undertaking the same study program as I, all interning at NGOs, complain about either doing boring, repetitive tasks such as translating documents or sitting in the office not doing anything at all. BIRU’s approach seems to be the exception, and I feel very lucky to be a part of this forward thinking program. 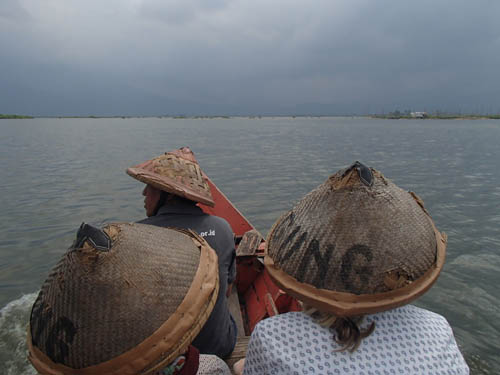 Day to day, it has become apparent that they take our learning experience seriously. Wherever possible, we (myself and fellow intern Louise) are brought along to meetings, user visits and quality inspections. We were given two days of training by Pak Basuki, the quality inspector at BIRU’s Central Java and Yogyakarta office, on the construction and technical aspects of biogas chambers. Rarely do we spend a whole day in the office, which our student contemporaries in other internships often complain about. We are even being sent to different provinces of Java to further our education. Louise will visit the East Java office in Malang for 5 days, to learn about the use of bio-slurry for organic farming. I will visit the West Java office in Bandung for 5 days as well, but this time to learn about the growing of duckweed to feed cows with. And we are not the first. In the past interns have been sent all over Indonesia with BIRU, to learn as much as possible about biogas in the hopes that they will utilize this knowledge in the future, be it in Indonesia, their home countries or wherever they choose. 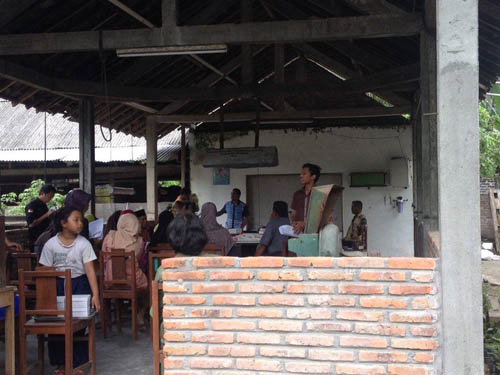 And BIRU plans to expand this approach. They have recently secured a plot of land, near Yogyakarta City, which they plan to turn into an organic farm and learning institution. The concept is that people can come and learn for free about biogas and organic farming. The hope is that BIRU can provide education for free, with students only having to pay for food and accommodation. Therefore, the education will be available to those who may not be able to afford tertiary education. This way, as many people as possible can have access to that knowledge and take it off into the world with them. BIRU’s approach to internships is very interesting to me. I have never before heard of an organisation taking on interns purely for the benefit of the interns. And to look beyond the immediate goals of the organisation towards a broader global benefit strikes me as a very progressive, and unfortunately very rare, policy. It certainly represents BIRU’s commitment to the conservation of the environment, both at a national and international level. (James Lawther)