In Two Years All Our Trees Will be Gone 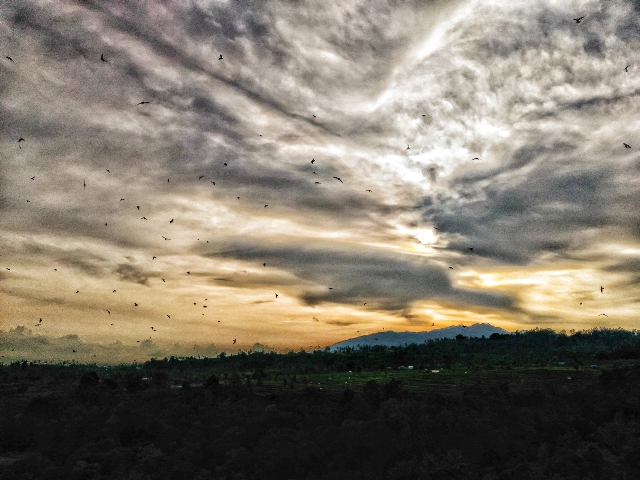 The mountainside is home also to traditional villages of the sasak people. Rivers and forests have kept development away from these villages, until recent years. The dirt road to one of these villages, named Tanahbisa, is pot-holed and dusty. The car shudders past giant bamboos along the bank of a stream, cows tied to pegs lift their heads from their grazing. 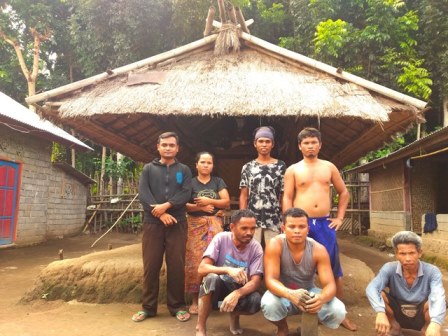 “A couple of years back this place was really left behind, no roads, no electricity,” says Bapak Kadus, the village headman. “We only gained access to the grid in 2013. This dirt road, we built it midway through 2014. In those days our houses were all built from bamboo, we had grass roofs, people walked everywhere. You know, this place was only officially recognised as a village in February 2015.”

Tanahbisa is a remote village. It borders a national park, and yet its environment is under threat.

“What’s happening now,” says Kadus, “is that springs that once had water, they’ve gone dry. Our forests have been cut down, I would call this place barren. There’s just no more wood here, and the rivers are going dry.”

The cause of this deforestation is not illegal logging, nor is it mining or forest fires. Many times deforestation is attributed to outside causes, but remote communities also have an impact upon forest resources. In Tanahbisa, the problem is coming from the inside, their traditional way of life – and, interestingly, a passion for parties.

“We here are traditional people,” Kadus explains, “100% traditional. We use firewood every day to cook, and if there is a special ceremony or event, a whole truck of wood still isn’t enough fuel. That’s just one person! I’ve seen our environment deteriorate, I reckon that in maybe a year, perhaps two years, all our big trees will be finished.”

The growing populations around Rinjani mean fewer and fewer resources are available. Perhaps back when forests covered larger areas, the local impacts were not too severe, but now the national park is off-limits and spaces between villages are smaller. Alternative fuel sources, such as Low Pressure Gas canisters, are sold far away, and are expensive.

This is not the only issue. Tanahbisa, like many rural communities, are dependent on fresh water from nearby springs. These springs are located in still remaining forested areas, and are vital not just for drinking and showers, but to irrigate vegetable crops and rice – the villager’s primary source of income.

“We have to take care of our environment,” says Kadus, “if we chop it all down, we’re the ones who will suffer.” With little access to alternative sources of energy, where are Tanahbisa left to turn?

From his appointment as village headman back in 2015, this is a problem Kadus is determined to solve.

“Last year I heard a story, a story about biogas,” says Kadus, “it was kind of weird, yeah? Cooking with cow dung? I got information that there was biogas in Senaru, so we went there. We lit up the biogas stove. I held a meeting straight away in the berugak (village hut) and said: we’ve got nothing to lose by trying this, right? I admit I didn’t know too much about it at that time, but our need was so strong.”

An agreement was quickly reached, Kadus made a formal proposal on behalf of Tanahbisa to the North Lombok regency, and everyone in the village signed up. After three months of waiting the answer came back: Tanahbisa would be awarded financial support for 40 biogas digesters.

As BIRU makes its visit to Tanahbisa, construction is already underway. Five metres away from the berugak a 6m3 concrete-domed biogas digester is half-built. Once constructed the digester dome will be buried underground, and will only need fresh dung and water to produce a methane gas. The methane gas is similar in composition to natural gas used in homes around the world – except that whereas natural gas takes millions of years to form, biogas takes a matter of weeks.

Once anaerobically digested, the waste material also comes out free of any smell. The material, known as bio-slurry, is high in nutrients, including nitrogen, making it a ready-made fertiliser.

“I think that biogas is the best way for us,” says Kadus, “most of us already own cows here, it’s the sasak way of life, we build the sheds next to our houses. Out of 54 households here, I’d say 51 also own rice paddies and plantations, and chemical fertilisers are expensive. With biogas we can have our own fertiliser and gas factories.”

A few local men, banding together to held build each other’s digester, come to relax for a minute in the berugak. Some are chewing betel nut, their lips stained red.

“We’re really eager here, passionate, we want development,” says Kadus, “you know, we’re famous as the village with the most meetings in this area. We have a full-on village meeting probably twice a month. We want it so badly. The question is: how can we do it in a way that it preserves our way of life?”

“It’s our tradition: when we have a party, it has to be large. The whole village is invited. Sometimes, we can use up to 500 coconuts for just one event, not to mention the wood. We’ve bought a gazebo to share around for parties, so we don’t have to use coconut palm leaves as a roof. With biogas we can stop cutting down our trees too, and my hope is that one day we will stop burning wood altogether.”

“All we will need is to fetch grass for our cows. Simple, easy and clean.” (Joshua Parfitt)