Bio-Slurry as a Potential Supplement of Community Economy 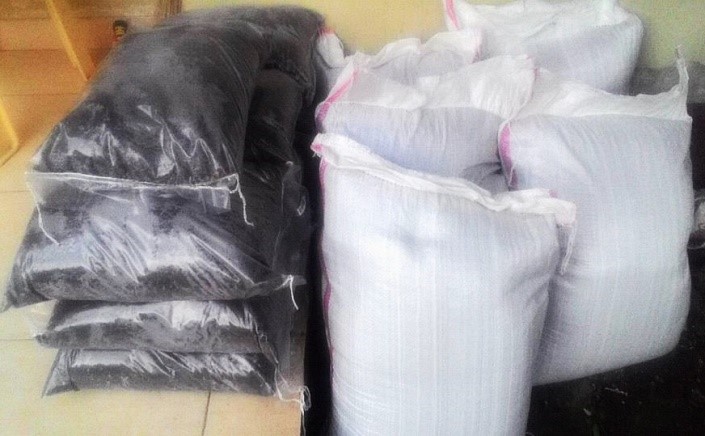 Mr. Samad is one of the Domestric Biogas users living in Dusun Penimbe, Ubung Village, Jonggat Subdistrict, Central Lombok Regency, West Nusa Tenggara.  Majority of the populations, similar to himself, earn a livelihood as farmers and dairy farmers.  Mr. Samad has been entrusted as the head of farmers’ group in the village.  He is considered to have a progressive mind regarding efforts to optimise the agriculture in the region.

There have been several people in the villages who have operated a biogas reactor.  However, the potential of the biogas reactors have not been maximised.  Most of them have been operated only to supply the biogas fuel for cooking purposes.  Learning from these conditions, Mr. Samad identified an opportunity and initiated the establishment of Ubung Biogas Slurry Collector Group.  The group is made up of 20 members and he is the head of the group.  He also involved his wife, Mrs. Marwiati, to join the group together with other housewives around his home.  Together they manage the group activities by segregating various duties.

Through GADING Programme, the personnel of Rumah Energi has several times hold a group meeting to facilitate a common group rules.  The purpose of formulating these groups rules are to ensure the sustainability of the activities and group coherence.  Additionally, GADING Programme trainings have also carried out trainings relevant to group development, which include among others: 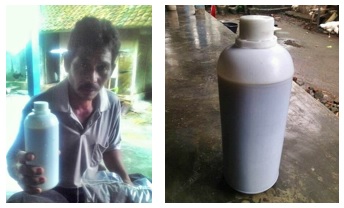 Mr. Samad and his liquid bio-slurry on a ready to sell bottle packaging

Today the group led by Mr. Samad is carrying out a collaboration with the Agriculture Department of the University of Mataram in preparing demonstration slot for bio-slurry production, especially for horticulture crops such as tomato, chilly, long bean, and eggplant. Mr. Samad hopes that the availability of this demonstration slot, will serve as the evident that using organic fertiliser will produce healthy and ecologically friendly vegetables.  It is expected that farmers and dairy farmers in the village will start to use eco-friendly fertilisers to generate healthy farm produces.