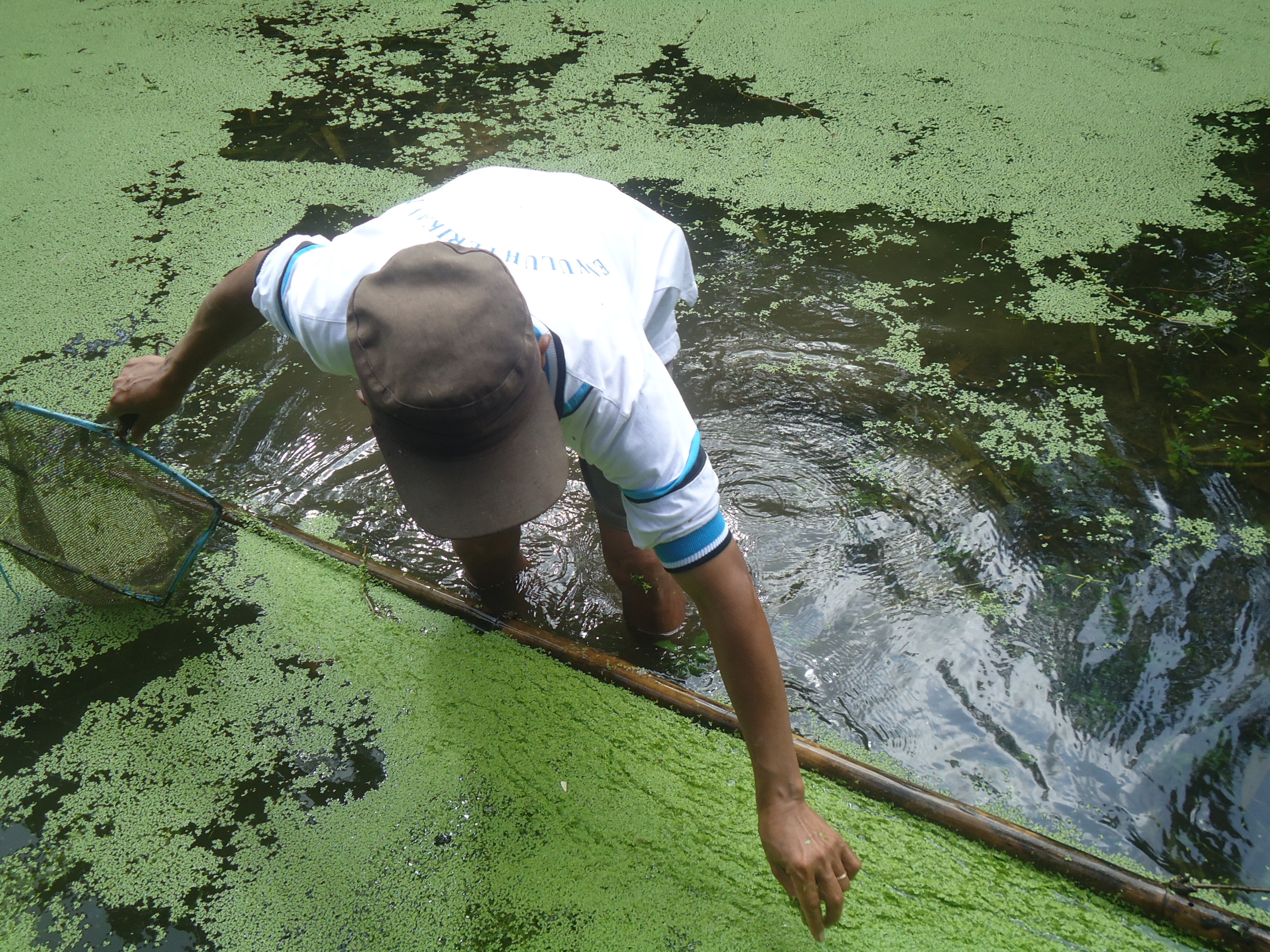 Puasalaba is the motto of Pemenang Barat Village. It is an acronym for Physically and Spiritually Safe and Prosperous North Gate. A motto which at the same time is the village vision and mission. There is nothing grandiloquent with that considering the remarkable potential of the village’s natural resources. The key is the strategies to develop, process, and utilise all those potentials they have to attain the desired level of prosperity and well-being.

The village occupies a 4,000 hectares area, which is predominantly mountainous areas. It occupies a 2,000 hectares areas. Farm lands and rice paddy fields occupy a total area of 1,162 hectares while the remaining areas have been occupied for human settlements. The village administratives have demonstrated their seriousness to bring the vision and mission into reality. They are reprsented in village development plan, in which the Pemenang Barat Village has identified the potential areas used subsequently in village zoning system. The zone areas they have include cattle farming zone, agricultural zone, and marine fisheries zone. All of them have been centralized in Montong Bae Hamlet. There are a total of 8,000 cows in which most of them are found in this hamlet. This fact has turned Montong Bae hamlet into a center of cattle farming.

The presence of HIVOS in Pemenang Barat Village to support the cattle farming waste processing to turn it into biogas has received positive response. Initial biogas users in Montong Bae Hamlet comprise only 7 (seven) household. However, when they saw the benefits, the public interests have started to increase. Moreover, when biogas was nominated as one of the village flagship program. The village has targeted to add 50-100 more households to use biogas produced through cattle farming waste products.

The use of the biogas has not only saved the environment due to the cattles’ waste products but also provide the added benefits. It goes beyond the utilisation of methane gas used for cooking and lighting purposes. The bio-slurry produced has also contributed to the revival of nutrient elements in the soil. It may be present in a solid and liquid forms. Solid fertilizer is prepared by drying the existing slurry and slightly sieving the elements to enable the separation of leaves or pebbles during the drying process of bio-slurry fertilizers. The fertilizer is then ready to apply to the plants. As for the liquid fertilizer, it is done simply by removing the liquid from the slurry.

Solid fertilizer is best used during the early stage of growing season, with a dosage of 2-5 tons per hectare. Once the plants grow, liquid fertilizers may then be applied by spraying or watering down on the plants. The dosage is 500 ml of liquid fertilizer mixed with 12 litres of water. During this activity, a simple test is also performed to identify the comparison of nutrient elements content of the bio-slurry fertilizers (liquid and solid) with chemical fertilizers. It turned out that the content of macro nutrient elements of Nitrogen, Phosphorus, and Potassium in biogas slurry are equivalent of those in chemical fertilizer used by the farmers throughout these times.

The interests shown by the population of Pemenang Barat Village were beyond the anticipated level. Biogas slurry turned out to be usable as fish feed. The benefit is even higher when mixed with the duckweed. Duckweed has been tested and proved to have a protein content exceeding those of soybeans. These benefits will be the solution of freshwater aquaculturist and fishing pond businesses to resist among the steadily increasing price of fish feed. Various benefits enjoyed by utilising the waste products of cattle farming have been perceived as the means of Pemenang Village to bring the village dreams into reality that is to turn the Pemenang Village as an Ecotourism Village.