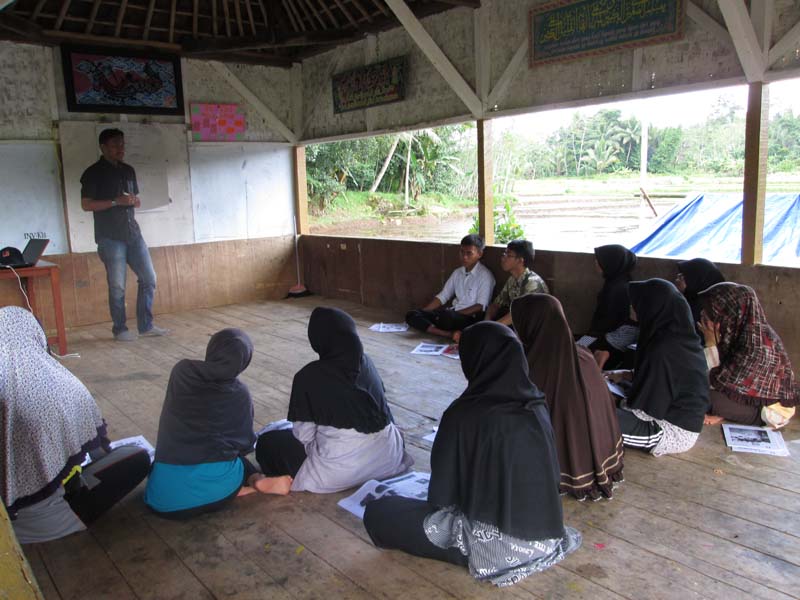 Based on BPS Banten record, the population of cattle in this province reached 1,570,413 in 2012, consist of cows, buffaloes, goats and pigs. This opportunity has led BIRU program to expand the work area in the province of Banten and choose PINBUK Banten as one builder partners (CPO). PINBUK leadership Banten, Moeljadi, said, “Banten has great potential for this program (BIRU), we need to facilitate the farmer community in Banten to be able to access the biogas reactor construction.”

In addition, beside the potential of the farm, the number of boarding schools in Banten is also a reason for BIRU program to promote eco friendly technologies in the province which was officially born in 2000’s. Most boarding schools have faced problems in the management of human waste. “With the biogas, hopefully we reduce operational costs for the soup kitchen at the boarding school, minimum we can reduce the utilization of LPG for cooking in the future,” added Moeljadi.

As a first step, 10 people builders and supervisors prepared by PINBUK Banten have received training on the construction of biogas from 3 to 10 February 2015. After the training, they can immediately conduct socialization and promotion programs BIRU in Lebak, Serang and Pandeglang, as well as record BIRU user candidate to be followed up. (Sholahuddin)