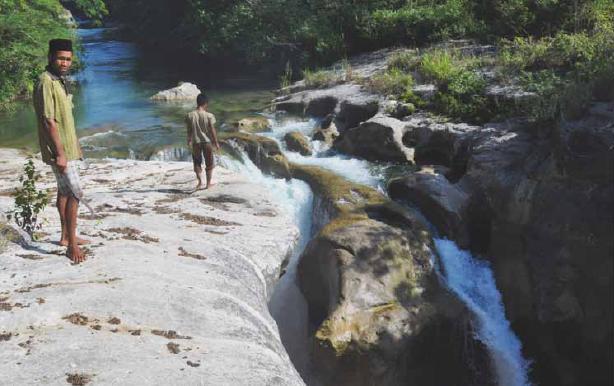 The archipelago of Indonesia comprises of over 17 thousand islands inhabited by small, distant and isolated communities on large populous islands as well as smaller ones. With very few to no access of electricity, they are then left with limited options of providing themselves with other forms of energy to meet their daily needs, such as the use of kerosene and wood for cooking and lighting, and diesel fuel normally used for transportation and generators which are often unavailable in sufficient quantities, resulting in price fluctuations and poor quality of life. However, continuous use of fossil fuels has serious consequences and smaller islands are at risk of experiencing the extreme impacts of climate change will also affect their agri – and horticultural yields.

Hivos believes in a fair, free and sustainable world, for men and women to have equal access to resources and opportunities for development. Having previously managed and implemented the Indonesia Domestic Biogas Program which was a promising introduction of renewable energy source in Indonesia as well as the IBEKA hydropower plants in collaboration with various national and local stakeholders, Hivos believes that through a combination of various methods which has never been done before such as biogas, solar and micro-hydro, is expected to create continuous sustainable energy sources for the prosperity of the community where the Iconic Island Program is implemented.

As a result, the Iconic Island project is expected to attract interest, cooperation and funding from institutions, companies, authorities and the public in Indonesia as well as abroad. Indonesia being the third largest emitter of GHG, has the Indonesian government, National Planning Board (Bappenas) and the Ministry of Energy involved in the early preparatory stages and will also require initiative collaboration of various provincial and district local government agencies’ assistance, specialized NGOs such as IBEKA , though more importantly, the active engagement of the communities particularly in the management and installations of electricity-generating units are highly anticipated for the succession of the Iconic Island.

In June 2010 Hivos commissioned Winrock International to do a thorough assessment of Sumba in its desirability as becoming the perfect candidate as a ‘fossil fuel independent island’. They discovered that Sumba has high potential in becoming the pilot iconic island according to conducted studies, and renewable energy sources will prove to be at comparative cost advantages as they are freely available and prove long term sustainability of the program as operating and maintenance costs are easily managed and anticipated by locals as according to their economic abilities.

Initiated in 2010, the Iconic Island project has Hivos’ commitment to share its experiences, ideas and ambitions, contribute to funds and coordinate a collaborative effort of beneficiaries and invites others to join. Participation and agreement on the objectives of all important stakeholders, and especially the government of Indonesia, is essential. The purpose of the Iconic Island program is to demonstrate a replicable model that addresses both climate change and poverty alleviation. With the program’s succession, Hivos hopes to tackle these issues by transitioning to a more reliable and renewable form of energy source on a large scale at a rate fast enough to reduce its negative effects and offer solutions to resources of renewable energy which can be applied at any other islands all around the world.