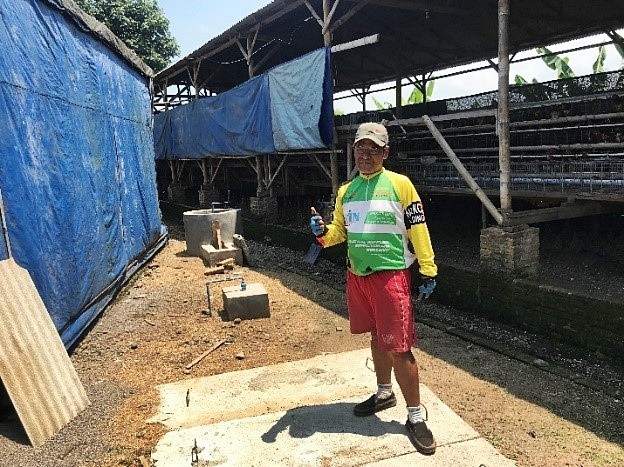 Pak Slamet from the village of Kunden, Klaten Regency in Central Java is a chicken farmer with 1,500 chickens. Because of the location of his chicken farm he was receiving complaints from nearby houses due to the smell of the chicken manure. Pak Slamet needed to find a way to reduce the build-up of chicken manure thus reducing the smell. While researching solutions to the issue of the chicken manure, he came across the Rumah Energi website, which gave an alternative solution to his problem. After researching the biogas digester, Pak Slamet met with Rumah Energi representatives, and the outcome of the consultation process was a 6 m3 biogas digester would suit his waste management and biogas requirements. 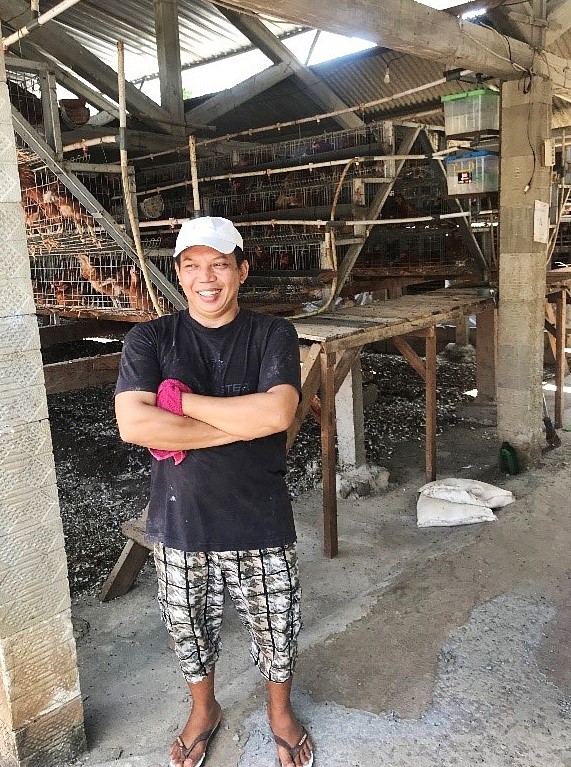 Initially, Pak Slamet wanted to reduce the smell of the chicken manure, but he has created an effective waste management system, which produces enough biogas to live sustainably and is aiding the community in reducing the use of chemical fertilisers. He has become an advocate for the for the biogas digester and has recommended the system to family and community members as a sustainable way to produce biogas for everyday consumption.

Pak Tono from the village of Kener, district of Kaliwungu, Regency of Semarang in Central Java operates a chicken farm with 10,000 chickens. Pak Tono was for looking for a better way to utilise the chicken manure. Before the biogas digester, his only options were to sell the chicken manure to the local community or let it build up under the cages and wait for the manure to break down naturally.

The self-motivation of Pak Slamet and Pak Tono to find alternative solutions to waste management has had a flow on effect, which helped their families, employees, community, and the environment. Additionally, because of their initiative, they are directly contributing the reduction of the use of fossils fuels and helping Indonesia reach the target of 23% mix of renewable energy by 2025. (Tim Hill)