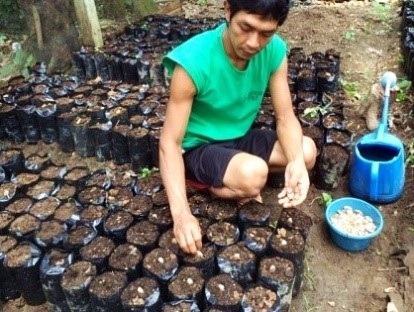 Mr. Zainuddin, a farmer and a Domestic Biogas (BIRU) user in Dampang, Gantarangkeke Village, Gantarangkeke Subdistrict, Bantaeng District, South Sulawesi.  He is an active participant in meetings organized by agricultural extension agents in his local community.

He established a Sinar Ujung Farmers Group and is the leader of the group.  The farmers’ group ultimately was introduced to BIRU by one of the caretakers when Mr. Zainuddin participated in a training for farmers in Batangkaluku, Gowa District, South Sulawesi.

Mr. Zainuddin is one of BIRU of nine other users who received biogas assistance from the Office of Trade, Industry, Mining, and Energy of Bantaeng District.  After switching to biogas, they start to enjoy the benefit of biogas and organic fertilizer from bio-slurry (biogas sludge). 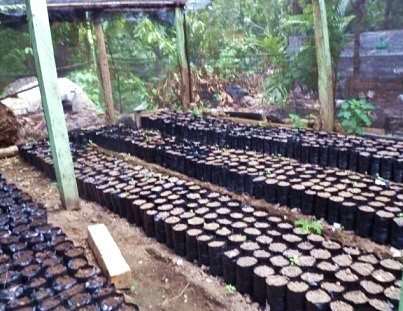 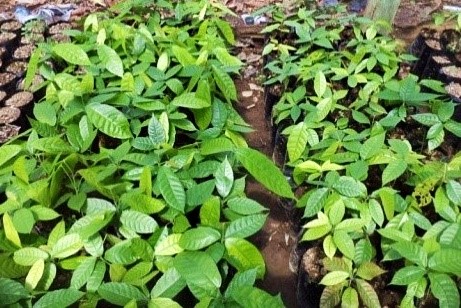 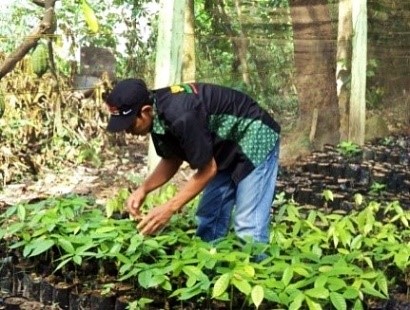 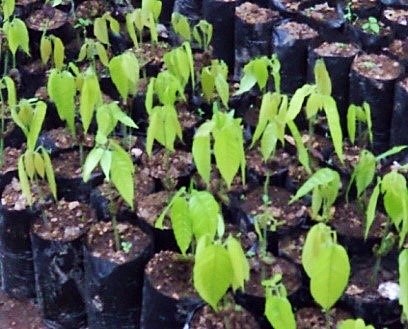 Construction of biogas reactors started on January 2016 while the development of demonstration plots began on February 2016.  The outcome so far has been very positive as the growth of the cocoa crop was 80% faster in comparison to traditional germination process.

As time goes by, biogas has proven that it provides significant benefits to its users.  Free gas generated by biogas reactor has been distributed on a daily basis, without having to worry about the supply or relying on LPG supply.  What is equally important is the byproduct of the biogas that is high quality organic fertilizer. 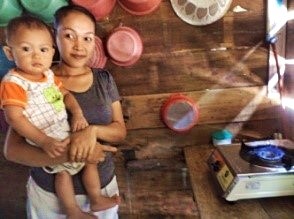 The original makeshift cow sheds have now been renovated in order easily collect the cow dung as the key raw material in biogas production.  Additionally it is more comfortable for the animals and safer as well.

The benefits of bio-slurry have also been experienced by other members, as acknowledged by Mr. Muhajir, Mr. Baso, and Mr. Sattu for their rice paddy fields.  They admitted that the growth rate of the sown paddy seeds have been incredibly fast with bigger size of grains. 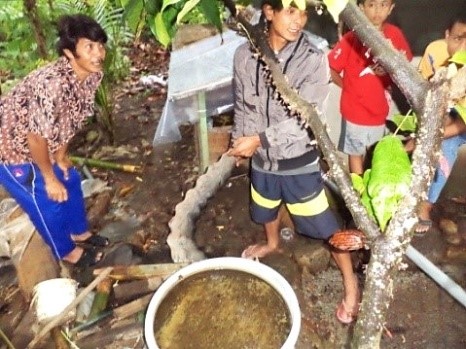 Considering the numerous benefits of the biogas, this farmers’ group has been actively campaigning BIRU Program to the general public and local government.

They decided to engage in the campaigns as they consider that BIRU Program has prioritized the people interest and responded to the basic needs of farmers’ and cattle farmers’ society in particular.  Biogas provides source of alternative energy to replace the LPG and bio-slurry is the perfect substitute for chemical fertilizers.  These two needs require a fairly significant amounts while their supplies are unreliable at best. (Rosmiati Lantara)