According to Mr. Perdi, the Village Head of Wecudai who is also the advisor of Village-owned Enterprise, the business unit of Organic Fertilizer Processing has been able to produce Bio-slurry Compost Fertilizer (Biogas Sludge) at 1 to 2 tons of in each production capacity. 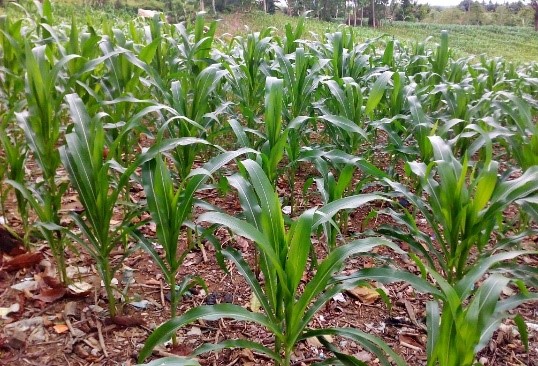 He said that bio-slurry compost fertilizer produced by Sejahtera Village-owned Enterprise in Wecudai Village has been applied at his corn crops with very good results.  His corns have been resistant against extreme hot weather ever since.  In addition, an equally outstanding result has also been demonstrated on other horticulture crops such as chilly pepper, dragon fruits, cocoa, and tobacco.

The first experiment of Bio-slurry Compost Fertilizer was carried out in 2016 in Wecudai Village while large scale production began in 2017 through Village-owned Enterprise.  For his effort, the Wajo District Administratives has rewarded him with a 2017 Top 10 Village Innovation at Wajo District Level award.

The success of Sejahtera Village-owned Enterprise of Wecudai Village in running an Organic Fertilizer Processing business unit is because the support by its members and biogas users in local area where there are 18 units of 6-cubic meter capacity biogas reactors constructed in that village. (Darmawangsa)