The Aftermath of Biogas: Success in Sumba 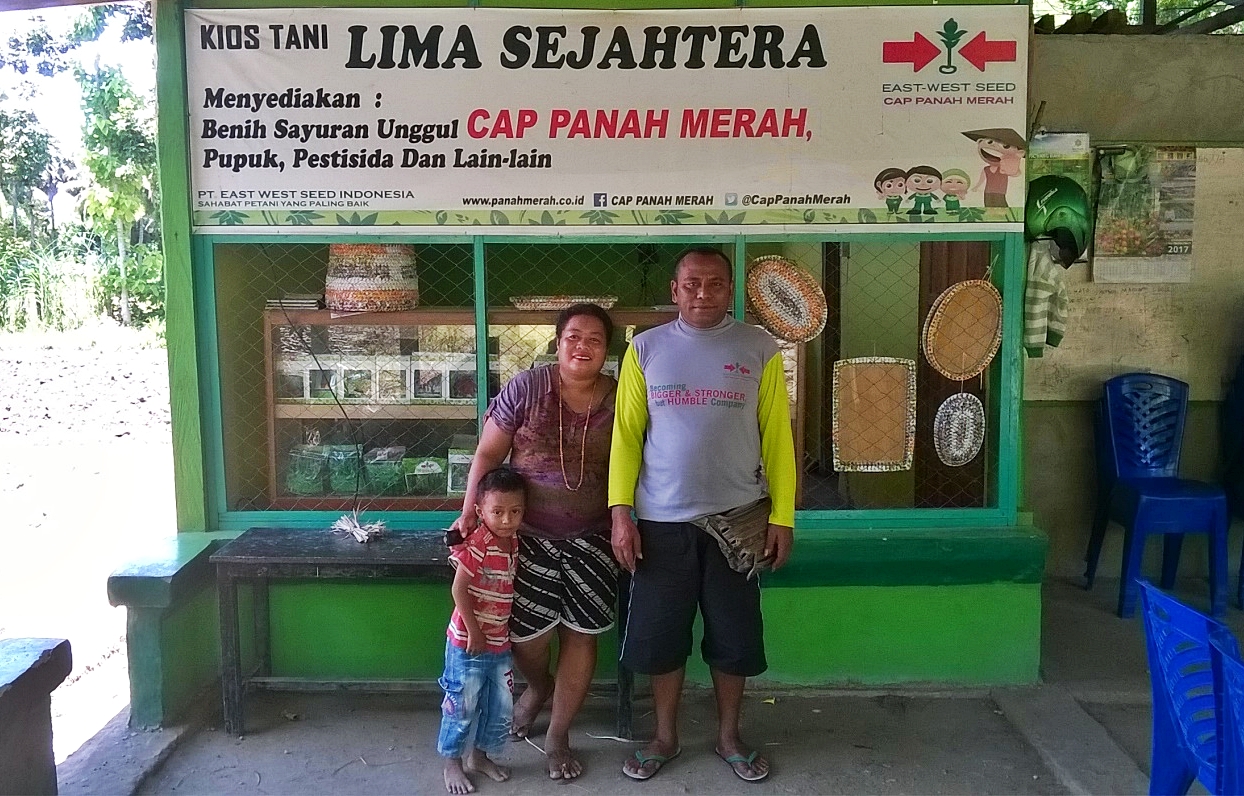 While driving across Sumba, it is nearly impossible to take one’s eyes of the surroundings, as one beautiful sight follows another. Savannas traversed by horses, grassy mountainscapes occupied by cows and goats and forests, home to monkeys and various endemic birds, compete for attention.

This beauty of nature seems to have truly manifested itself in the local people through their belief, the religion of Marapu. The natives of Sumba believe that angered souls of people who found an untimely death reside in trees and rocks. To appease them, they are presented with food. Besides this, Mother Nature receives offerings in another form: During the annual Pasola ritual, mounted warriors toss blunt bamboo sticks at each other in the hope of drawing blood. Their sacrifice is said to make the soil fertile and therefore grant a rich harvest.

Even though the Marapu belief has lost a lot of its relevance and the pure need for agricultural land as well as the worlds hunger for sandal wood has led to the destruction of the once vast forest on the island, there are still many people on Sumba who have it ingrained in themselves to live in harmony with the environment. And BIRU is happy to support them in their ways.

Located on a small hill in Waingapu, the capital of East Sumba rests a house. A withered sign announces the sale of SIM cards and cellphone balance. An old refrigerator filled to the brim with all kinds of sweet drinks buzzes quietly in the corner of Ibu Linda’s shop. She recently added organic vegetables to the product range of the little store. In a corner of the yard that is used by her son as practice ground for his new bicycle spinach and other greens, fertilized organically, grow in the sun. Behind the house, the lemna is slowly spreading across the newly built pool.

Besides the benefits for the little garden up front, Ibu Linda has already started selling the bio-slurry to members of her women’s agricultural group. In the beginning she gave out free samples, but as soon as the other women were able to witness the effects of the slurry first hand, she received lots of produce from their harvest as a thank you and now has regular customers. So far, she was able to sell 300 litres of liquid bio-slurry.

Sitting in an open pavillion to guard us from the ruthless Sumbanese sun, we’re sipping tuak syrup from gold-brimmed cups while Pak Jhon Ludgi fumbles yet another cigarette from his belly pack. After lighting it, he continues to tell us about the negative impact urea fertilization had had on his lands. Before he built his own biogas reactor and started using the slurry, he had gone a season without harvest. The soil was too dry and its need for chemical fertilization could no longer be satisfied.

Now, after going organic, the farm is by all means flourishing. Even during our conversation, three customers stopped by to do their shopping, ordering fruit and lemna-fed fish. But not only the people, who make their way down the bumpy road leading to Pak Jhon’s farm, enjoy his products. He already delivers produce to hospitals and offices in Waingapu. But Pak Jhon doesn’t only profit in terms of farming activities, as the construction of his biogas reactor has also had quite a big social impact. As leader of an agricultural group, he is happy to support the other members as well, strengthening their community as a whole. He adds that he still keeps tanks of urea somewhere in the back of his tool shed, left to a solitary existence as none of his fellow farmers are interested in it anymore once they tried the bio-slurry. Moreover, his wife, Ibu Seni, is finally happy to cook for all the farm workers again, as the expense for LPG tanks has more than halved.

After receiving a recipe consisting of unmemorable amounts of natural ingredients against kidney stones, we said our goodbyes and left the green paradise, the family has been able to build around their biogas reactor. (Max Schmiel)