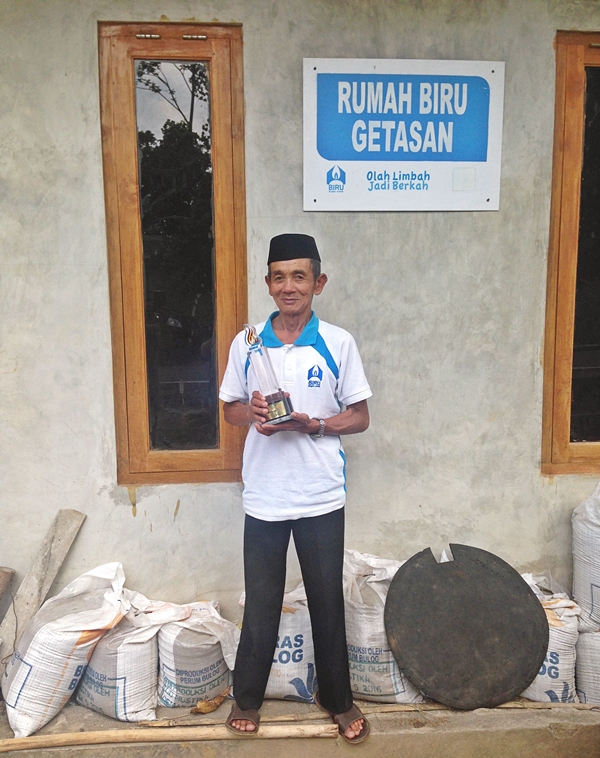 On the 15th August, Central Java celebrated its 66th birthday. During the celebrations, governor Ganjar Prabowo read out the results of the 2016 Energy-Independent Village Competition, which this year saw biogas projects grab first, second and third place. According to the Central Java Department of Energy and Mineral Resources (ESDM), this competition aims to “encourage communities towards the development, supply, usage and management of renewable energy based on principles of conservation and/or diversification.”1

The enhancement of renewable energy has been made obligatory by the Jakarta government, in order to combat global warming and the diminishment of fossil fuels. In Central Java efforts have been focused towards the village level, creating what are called Energy Independent Villages. According to the Central Java Department of Energy and Mineral Resources, “an Energy Independent Village is a village whose residents are capable are fulfilling 60% of their needs from local sources of renewable energy.”2

Bapak Yusmin is a 70-year old dairy farmer from Jetak Village, which was chosen to represent the Semarang regency in this year’s competition. Out of the 35 regencies in Central Java, each represented by one village, Bapak Yusmin led his regency to second place, thanks to the widespread usage of BIRU-style biogas digesters.

Jetak Village has 86 biogas units in operation that offer free cooking fuel to roughly 175 households. Besides this large reduction in natural gas consumption, the village also fulfilled the other criteria of reducing diesel and electricity consumption. “In our village we have three users who have hooked up diesel-motors to biogas,” says Pak Yusmin, “two are powering cow-feed grass cutters, whilst the other one uses an electricity generator to power lights and a milking machine.”

These were groundbreaking developments when presented to a team of juries back in May. The genset in particular baffled a few members. One of the jury, a professor from Diponegoro University, had previously carried out a project to run a genset off biogas, which failed. Another member, from the National Electricity Company (PLN), was also in disbelief. “He thought we were tricking them, he asked us to switch the genset on and off as proof,” recalls Bapak Yusmin, “indeed the lights went out, and then back on. It was true: biogas powered lamps.”

Despite covering all three requirements of the competition, Jetak Village still lost out to Musuk Village, Boyolali Regency. According to Pak Yusmin, Jetak Village fell short on volume, their rivals having installed 104 biogas units their village. Pak Yusmin is forever grateful, however, and with the 7,500,000 prize money he has already bought three new gensets. “With biogas-powered electricity we can help out neighbours during blackouts,” he says, “they will also make promotion of the biogas much easier.”

Jetak Village is still quite a way away from achieving Energy Independent Village Status. Out of 1,000 households in the village, the 175 who cook with biogas make for roughly 17.5% independence, but just in natural gas. Despite this, this village has been receiving a host of visitors, from Diponegoro University, from the village in Rembang Regency who claimed third place, from BIRU itself, and a number of employers and technicians in the agricultural business. They are all interested in the potential for biogas-electricity, and have even been placing orders.

Bapak Yusmin is also hoping to use the success in order to gain government attention and funding. He has already met with the Kepala Desa (head of village), Sekretaris (secretary) and the Badan Pengawas Desa in Jetak Village to propose that a portion of the Dana Desa (village funds) be used to subsidise new biogas digesters. This subsidy would be added to the 2 million rupiah subsidy already provided by BIRU to all new digesters built to standard.

Photographs on Pak Yusmin’s wall show a humble man standing beside the regent of Semarang, receiving an award. Pointing to the photograph he talks of his humility, being just a farmer, standing beside dignitaries of fine cloth and status. “It’s all through BIRU that I have met such people,” says Pak Yusmin, tears welling up in his eyes. The passion behind this humble presence, however, has seen him take on a role as a promoter for BIRU, attracting over 500 new users in a struggle to help his local environment. “Without biogas there’s no way this would ever have happened. My soul is BIRU,” he says. (Joshua Parfitt)