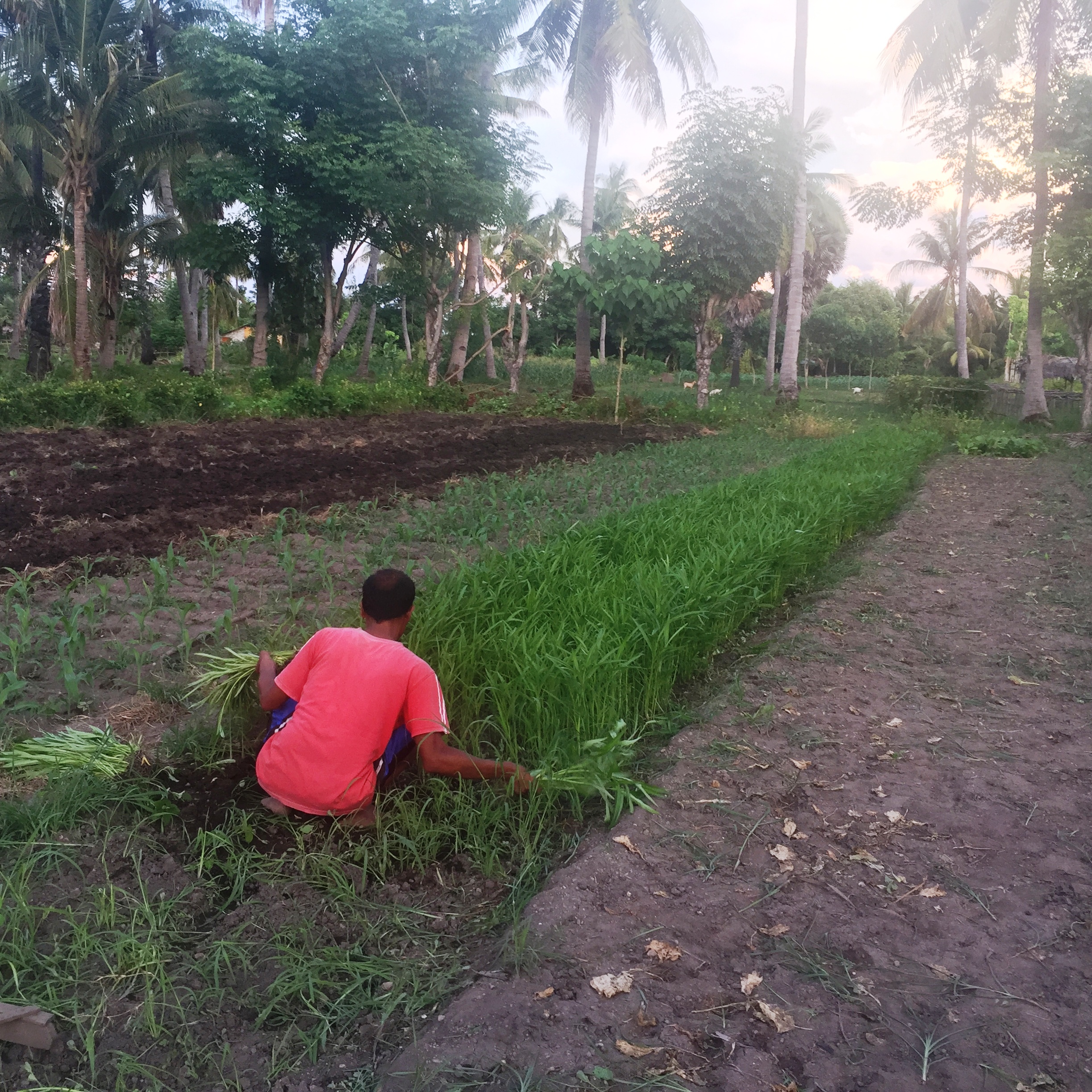 Starting from their concerns about the high costs and scarcity of kerosene in the city of Waingapu, Seli continuously attempted fo find the solution to meet the need of her family. One day she witnessed her parents building a biogas reactor in collaboration with Yayasan Rumah Energi. Her husband, John, was equally enthusiastic as he heard that the domestic biogas built by Yayasan Rumah Energy has been truly operational.

“As long as the foundation (Yayasan Rumah Energy) builds it, then I shall trust it for they are seriously working on it and there are plenty of them which are operational,” John said.

They immediately decided to build a unit in their residence in Mauhau, Waingapu.

Starting with three pigs and two cows, a 6m3 reactor capacity is constructed. The construction is performed by BIRU partner, Kopeasi Jasa Peduli Kasih. From then on, Seli has bid farewell to the kerosene.

“I couldn’t care less whether kerosene is available or not in Waingapu, whether it is expensive or not, whether the firewood is wet or dry. With the domestic biogas, my stoves are ready use anytime I need them,” Seli said as she smiled self-consciously.

Her family now relies on biogas provided through Domestic Biogas Programme for their cooking needs. They could save fairly significantly.

As Christmas was approaching, along with the couples’ commitment to the church, they made more than 70 cakes for distribution to the widows in their surrounding areas. Each one of them was baked with biogas stoves.

At the end of January 2016, Yayasan Rumah Energi carried out a GADING socialisation programme in Mauhau. Organic Fertilizer Officer of Yayasan Rumah Energi, Yudha Hartanto (42) recommended to use fertilizers produced by bio-slurry. He explained the appropriate process of applying the fertilizers by using dry bio-slurry. Unfortunately, the result is null. None of the community members was interested to try.

“Now, even though I am exhausted, I will force myself to mix the bio-slurry as their benefits are substantial and we feel it ourselves,” John said.

From then on, John believed and he started to share his experience with other members of the farmers’ group. Now he shows a great care to filter and mix the manures. The purpose is to obtain quality bio-slurry for their farm lands. Mixing bio-slurry has become a routine activity every night before he goes to bed.

Presently, one stove is not enough for their biogas uses. Seli and John planned to build another reactor to fulfill the needs of their fertizers. They have no more desire to revert to the use of inorganic fertilizer in their farm lands. Seli is not afraid anymore to bring her little child to the kitchen as it is now clean and smokeless. The time she spends with the little one is now more enjoyable.