A Million Benefits of Bio-Slurry 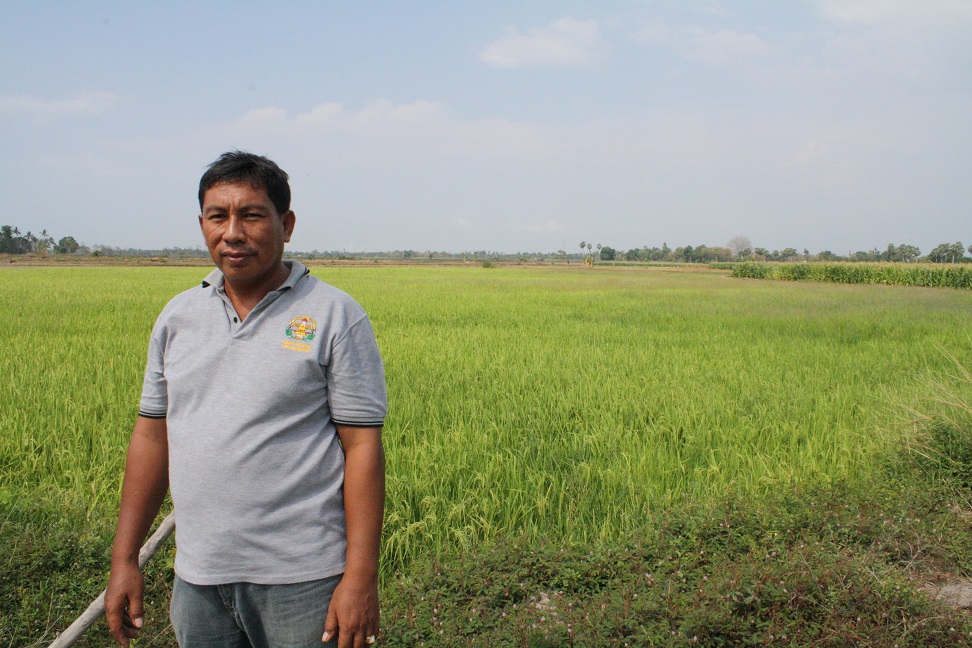 Grilled nile tilapia served with a freshly cooked rice accompanied with chilli sauced relish at the home of H.A. Haris Nai (45) in the afternoon was very special.  For those who do not cherish the thought of consuming fresh water fish because of the odor and muddy flavor often time left in its flesh, can now sigh with relief.  Haris has the solution.

Haris mixed the fish feed with bio-slurry before feeding them to the fish he raises in the backyard fish pond in Takalar, a regency at the westernmost bottom tip of Sulawesi.  He resides precisely at Terang-Terang Hamlet, Popo Village, Galesong Selatan Sub-District.  Haris performs this experimentation on the utilization of bio-slurry for striped snakehead and nile tilapia fishes.  The results?

“The fish is free from the muddy odor, soft flesh, and significantly fast growth,” uttered Haris smiling happily.  Other than for fish feed, Haris also utilizes bio-slurry as fertilizers.  Not only for his personal use in the rice field, he and his colleagues at UD Bontomarannu starts to pioneer the fertilizer business made of bio-slurry.  As a trading business which has been established since 1995 and actively expanding the network with the government elements, is not an impossible matter for UD Bontomarannu to offer a collaboration with the government.  The proof was in 2013 when UD Bontomarannu gained the trust from the Office of Agriculture of Takalar Regency to supply 150 tons of fertilizers.  The effect was particularly felt in the latter days.

Nevertheless, as he is aware about the competition with other fertilizer products available in the marketplace.  Haris and UD Bontomarannu prepared a promotional strategy by distributing bio-slurry fertilizers free of charge to the farmers.  Only after the farmers learn about the advantages of his fertilizer, UD Bontomarannu which has been appointed as BIRU’s CPO since 2012 start to give a more serious attention to their business.

UD Bontomarannu itself made its initial contact with BIRU Programme back in 2011 when it was requested by other CPOs to be a promotor and a supervisor in Takalar and Gowa areas.  As of now, they have constructed around 70 reactor units in Takalar, Gowa, Maros, and Bantaeng areas, including reactors constructed by its 10 members in collaboration with the government.  Other than its engagement in reactor construction, UD Bontomarannu also produces several biogas appliances such as primary gas pipeline, manometer, water drain, and mixer.

“Our shortcoming is that, other products add mixtures of chemical substances hence enable them to demonstrate the results almost instantly.  Unlike those competitor’s products, there is a time-lag involved in our product before it shows the results,” Haris explained when asked about the greatest challenge while promoting his fertilizer product.  While in fact plants fed with bio-slurry fertilizers can yield a startling results as Haris has proven himself on his rice paddy plants.

For the second harvest, Haris experienced an increase in his harvest of more than 100%.  Normally, he only obtained approximately between 40-50 sacks of rice.  However, during this harvesting period, his rice paddy field was able to produce more than 100 sacks of rice.  Additionally, the weight of each sack increases from 45 kilos per sack in the previous harvesting period to 55 kilos per sack during this harvesting period.  The increase is probably due to the absence of attacks by such pests as rodents and rice bugs.  During the 20 years period, Haris only planted his rice paddy fields twice during a period of one year due to the rodents’ attacks.  After using bio-slurry for three years, he encouraged himself to plant the fields for the third time during this year.

“During the second planting season, we indeed spotted some areas damaged by these rodents, however within a particular clump of rice, only 1-2 stalks at most were damaged by the rodents,” Haris uttered.  Even more during the third planting season none of his rice paddy plants were damaged by the rodents, even though their burrows were remained spotted in paddy field bunds.  He tried to compare with other rice paddy untreated with bio-slurry where the entire clumps of rice were entirely damaged to the extent of several meters surrounding the areas.  Similar conditions were found on the corn field close to his rice paddy field.

Haris has once again performed an experimentation.  Now he sprayed a pesticide mixture he created out of bio-slurry to a mango tree.  Only one or two orange gasters were spotted in the mango tree.  Free gas in addition to fertilizers, fish feed, pesticide, and quality soil conditioners.  Anyone still question the benefits of biogas and bio-slurry?